I couldn’t help but feel like my step-dad lied to me.

When I was younger (we’re talking pre-teen here), we were working on adding a screen door to the porch on a blazing summer day. He took me to the side and he said…

The number one thing you need to know about tools is, you always get what you pay for. As soon as you get old enough, buy a set of Craftsman tools. They work forever, they never break, and you get a lifetime warrant.

Now, I didn’t go out and buy a set of Craftsman tools as soon as I grew up. But when I did save up my cash for the Very Serious Investment into the set of tools… would you believe I bought a socket that snapped the second time I used it? And they offered me my money back, but ugh. Principles.

So I did some research and it turns out that the Craftsman brand is owned by SEARS now. Freaking Sears. If you’re under the age of 50 and missed their “blink and you miss it” cameo in Man of Steel, odds are good you haven’t stepped in a Sears since your testicles descended. And if you haven’t been, then yeah… 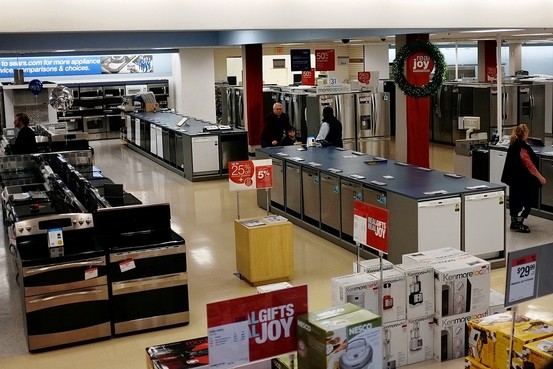 yeeeah it’s this busy ALL the time.

You haven’t missed much. It’s that busy all the time. Anyway, Sears, like most of these stores, specializes in selling cheap stuff from China.

I’m not saying that kind of stuff doesn’t have a place, free trade, free market, viva cheap underwear, et cetera. But when you take that and attach it to a brand that people are used to… a brand that’s America’s Most Trusted Brand for Tools and all this and that. That’s just obviously deceptive! It’s a business tactic to cash in on older people who remember the brand back when it was actually good, and don’t have a degree in… you know, international business or whatever and don’t have a Wall Street Journal subscription. Therefore they can’t track which conglomerate is trying to screw them over THIS week… 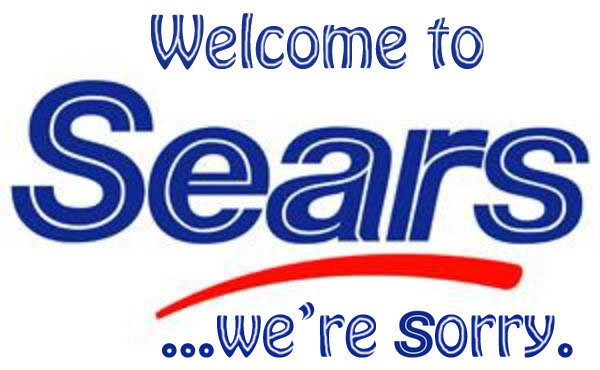 Now, I’m still not a tools-y dude, but if I need to do something around the house, I’m probably using something from Rigid.

So look. Some brands… go downhill. That’s my big point. And economics usually have something to do with it. ThinkGeek… FILA… MTV. You name it, brand decay is real. They either get sold to new owners or the brand has new goals. Next thing you know, they’re at a different level of quality. And although a human being has TOTALLY different priorities than a brand…

The fact is there are incredible hassles in your life ALL the time.

Its just that the better off you’re doing, the less you have to notice them.

Perfect example – I live in a wooded area, and practically every time there are a couple of raindrops, I have to start lighting candles and doing a rain dance hoping that the power or internet wont go out. A couple of years ago, a tree knocked out my internet connection – and I was trying to pay bills. Rage inducing. I was stomping around all day, fighting the urge to call and start cussing at Comcast as the days marched on.

Two things stopped me from doing that by the way.

I was cursing my luck, cursing my life, trying to start planning all the stuff I have to hustle up and get done with once my connection was up and I had to pay catch up in order to keep the wolves from the door.

Same thing happened last week, and this was during a product launch. Obviously its a very important time. You’re giving your affiliates some last minute help, you’re helping that odd customer that doesn’t know how to unzip things and thinks you’re participating in some elaborate conspiracy to cheat him out of his $9 bucks ( 😐 ) so even though I had a partner, it’s still not a great time to not be there.

There’s money in the bank account, I have plenty of work to do, I have lots of free time to work on a book and other fun stuff like that. So it doesn’t impact me enough to get upset on it or dwell on it. That also meant that I didn’t get obsessive or feel the need to do 25 million things as soon as the connection turned back on.

Is that lack of tension impacting my performance?

It isn’t limited to just an internet connection. It’s crazy, I was EXPLODING with ideas for a business blog when business sucked – I had all the time in the freaking world to brainstorm when I had fewer customers. I could write blog posts in three different niches and now, I usually just say “eh, fuck it” and do whatever’s making me the most money at the time.

So now when the tree knocks out my internet, I play one of these video games I’ve got laying around that I never actually played.

This time it was Ninja Gaiden.

I’d say about three quarters of my regular readers think a Ninja Gaiden is some kind of exotic medieval handgun, so I’ll just summarize. It’s a video game that simulates what it would be like if regular old you was dropped into some crazy ninja cartoon. You die. A lot. All the time.

And gradually, gradually you get better at it. You beat the level. You move on to the next one. Then you die some more.

Any other time, I would have stopped and found something else to do. I would have complained about it. I’m old now, man. I have a day job. I don’t have time to play that same level 50 times in a row. This is bullshit.

Yeah, I know, Penny Arcade. Ultra played out. But relevant.

But I didn’t have a lot of other options for entertainment.

Aside from going outside and interacting with real people and NOBODY’s got time for that. That lack of options forced me to improve. That’s why so many people who strike it big start from NOTHING. No other options, succeed or feel real consequences. You can kind of simulate that with strong goals, but it isn’t quite the same…

So how do you add that tension to your business?

Probably by getting motivated by something besides starving to death.

Because look, that doesn’t help you with your customers, and it doesn’t keep your own brand from “falling off”.

When a business lets its guard down, either from lack of success or TOO MUCH of it, or a desire to hit an audience so wide they can’t possibly keep the same identity.

They lose their edge and start to go downhill.

So you can’t take your clients for granted and you can’t give less than the best. Start looking at your work with a critical eye. While it’s not a good idea to “think like a customer”… after all, the goal of your business is to efficiently make money…

You should think like an artist. What would make your work bigger, better, more satisfying? Chances are, you leave a few things on the table for the sake of efficiency, and that’s okay. But once in a while, have the courage to make those changes, go back and do it. That’s versioning, and it’s the easiest way to apply the concept of constant improvement to your business while remaining a focused entrepreneur.

Tell me where you got started, the struggles you’re having currently, and where you’re going. Maybe an expensive copywriter blew it, or you have a vital page you can't crack... I’ll give it a look and give you an idea of what you should be doing next. And it’s on the house.